They often say that leaders are born, but that’s only partly true. Some people may have leadership qualities that have been nurtured since early life. However, for many, these qualities only come later. Choosing the right degree program could be a way to awaken the leader in you, and help you acquire the skills needed to fill leadership positions. Let’s take a look at some of the best degree options for aspiring leaders.

The MBA has long been prized as one of the best degrees for business leaders, and that’s because it’s true. An MBA will give you all the essential skills to run a business and to lead as well. You will have a well-rounded education that will allow you to always stay in the loop and be able to understand the concerns of any department, whether it’s manufacturing, IT, accounting, or human resources.

The concentration you pick, however, will also make a big difference. Schools like Suffolk University and Warrington college of business, for instance, have a business intelligence concentration that would be perfect for anyone who wants to lead in the Big Data era. Suffolk Online also has some more traditional options like finance, which continues to be one of the most common specializations among leaders in that sector.

An MBA will teach you how to be a more effective communicator, and also understand what makes your employees tick. You’ll be able to motivate and mentor them. Your MBA background could also open doors to positions in the non-profit or public sector as well.

Law is also a very popular degree for leaders, and a large number of public figures and world leaders have a law degree. Barack Obama might be the most famous one, but people like former Australian prime minister Julia Gillard and Vladimir Putin also have one.

When you look at the degree itself, it’s easy to understand why it produces such great leaders. For one, lawyers are taught to always look at both sides of an argument. They also are great at building solid arguments and resolving conflict. They have great attention to detail and need to be great communicators as well. They also have a certain understanding of the human mind, and often have a great ability to connect.

China’s government has recently gained some attention for having a rather large number of engineers in it. That could be because of China’s main priorities, like building infrastructure, for instance. However, engineers can make great leaders for a variety of reasons.

Engineers have an analytical mind and are able to solve very complex problems quickly. They often have to be great team members. They can also process a lot of information very quickly, which is more important now than ever for anyone seeking leadership roles.

For engineers, there’s also the possibility of getting an engineering management degree. This will help you hone your leadership skills and move to a wide number of roles both in engineering and outside of it.

Philosophy can also be a great option either as a major or a minor. People who have the ability to think like a philosopher also tend to always focus on self-development, which is one of the best traits to have as a leader. They also tend to be great problem solvers. People with knowledge of philosophy tend to be great policymakers, and are also great when it comes to building a culture within an organization.

Debate also plays a major role in philosophy, and in most leadership roles as well. You have to be able to present solid arguments based on logic and show intellectual integrity. You also have to accept when someone has a better argument. These are all traits that will allow you to stand out as an exceptional leader.

Education will be a major issue in this century, and those with a degree in education will be at the forefront of the battle. You could end up working in high or elementary schools and help teach a whole generation of children. You could also move into research or sit on a school board. There’s also the option of becoming an administrator later on, which will put you in even more of a leadership role.

This is one of the best degrees for anyone who is thinking of entering politics. Public administration is the science of implementing governmental policies and is a natural degree for anyone who wants to be a public leader.

Your job will be to uphold various government-imposed regulations, laws and policies. You will also have to work as a liaison between different law enforcement organizations, government agencies, and other officials.

When you study public administration, you’ll learn about more than simply how to enforce policies. You’ll also learn what shapes policy and the policymaking process in detail. There is also a huge management component in the program.

Public administrators not only have to learn how to lead whole teams, but they also have to be able to stay on top of finances. You might be in charge of a department, and come up with budgets. You’ll then need to communicate those and be able to answer any questions.

As a public administration graduate, you could move on to public office or work in various federal regulatory organizations. You could also move on to work in civil service at the federal, state, local, or county level.

This is another great degree for people who have an interest in politics. If you want to help change the world at a global level, then this is a great position for you. Many leaders have a background in international relations, and this degree will offer you all the tools needed to be a more effective and well-rounded leader.

International relations is a natural degree for anyone who wishes to work as a diplomat. You’ll have a much clearer understanding of the constantly shifting and complex world of international politics.

When we think about economics, we often think about investment banking and research, but there’s a very high number of world leaders who have a background in economics. Economics is what drives all nations and companies, and without a solid grasp of economics, it’s very difficult to run any kind of major organization.

Economics is another discipline where you have to come with quick answers to big problems. People in economics also have to be able to see the big picture and have to know how to collect, analyze, and explain data to stakeholders and people within an organization.

If you are a nurse and feel like you’re ready for a bigger challenge, or have been praised as a great leader within your team, then you might want to consider getting a degree in nursing administration. This degree is geared towards experienced nurses who’d like to oversee and supervise a facility’s nursing procedures, programs, and faculty.

As a nurse administrator, you might also be called to work on actually building policy, which is great if you were ready to make a change. You will also learn about some of the legal aspects of healthcare administration.

There are other options open to nurses who want more responsibilities. For instance, you could become a nurse practitioner and have full practice authority in some states. This means that you could operate your own practice, either in a major city or in areas that are in need without having a doctor present.

You’ll get to have the chance to build your own team, offer your own services, and mold your practice based on your own vision and philosophy. This is a great option for people who not only want to be leaders but for those who want more independence as well.

Communication is one of the most important skills any leader needs, and having a degree in communications could be a very powerful tool. You’ll learn how to captivate and inspire whole teams, keep their attention, and vulgarize very complex concepts. You’ll learn about subtle things such as body language and how to convey certain emotions.

Not only that, but you’ll also become an expert in public relations, and will be well equipped to face high-pressure situations. Communication is a prerequisite for a lot of positions in public office and would be a perfect way to prepare you for a career as a bureaucrat or in diplomacy.

These are just some of the best degrees for anyone who wants a career in leadership. If any of these feel like a good fit for you, we suggest you look into them in more detail and don’t be afraid to ask around for second opinions.

Also Read: 4 Different Types of Jobs in the Tech Industry for Tech Professionals 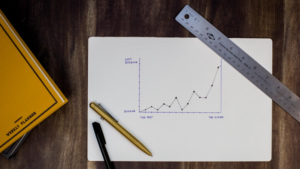 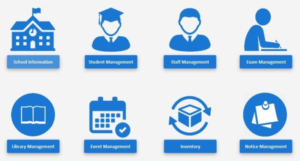 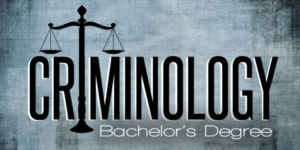 7 Rewarding Careers You Can Go into with a Criminology Degree